Should we question the validity of a lottery draw if the same winning numbers are repeated within a couple of days or weeks?

Sooner or later you may need to explain the outcomes from your draws and deal with customer and stakeholder disbelief. Showing the proof of integrity is crucial for digital draws.

Given enough opportunities, the seemingly impossible becomes plausible.  The law of large numbers guarantees stable long-term results (e.g. the average of 1 billion tosses of a coin will be close to 500 million heads), but it also allows for unlikely short-term occurrences (e.g. a string of 100 consecutive heads).  There are so many lotteries around the world that are drawing numbers each day that at some point we will come up with a draw in which the random numbers will repeat themselves on a proximate or consecutive day. Consider also how our attention works and how our media function: when something unusual happens, much more attention is brought to it. We do not write about lottery draws having usual outcomes! 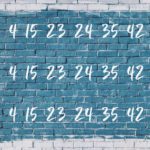 Consider, then, situations when the same identical string of numbers replayed itself  for a lottery draw. On September 6, 2009, the Bulgarian lottery’s winning numbers were 4, 15, 23, 24, 35, and 42. On September 10, the Bulgarian lottery randomly selected the same winning numbers 4, 15, 23, 24, 35, 42, although the numbers appeared in a different order. “This is happening for the first time in the 52-year history of the lottery. We are absolutely stunned to see such a freak coincidence, but it did happen,” a spokeswoman was quoted as saying in a September 18 Reuters article (BBC news, 2009; Hand, 2014; Inglis-Arkell, 2014). This “freak coincidence” is actually the Improbability Principle at work.  Lottery games are taking place regularly all over the world, hence creating numerous opportunities for numbers to repeat. Frequent lottery draws over time allow for repetition of outcomes.

In 1986, when our founder, Walter Szrek, worked at GTECH (currently IGT) there was a similar situation that occurred at the RI Lottery: the same draw outcomes for a 4 Digit game repeated themselves (1-9-1-0). The software director at GTECH asked what the probability was of the same 4-digit number coming up twice in a row; one university statistician responded that it was a 1 in 100 million chance, because the probability of this specific 4-digit number occurring twice was 1/10,000 x 1/10,000.  Walter reasoned differently, asking what was the chance that any same number combination – not the specific combination – repeated itself in a short time period.Stefanski (2008) makes the same point in his analysis in the American Statistical Journal. His analysis of the North Carolina Cash 5 coincidence will be of interest to readers with more mathematical inclination.

Table 1: Reoccurring numbers on subsequent days, over 8 years, and over 30 days

The theoretical chances of repeated draw outcomes discussed above assume the ideal world, where the draw devices used to generate random numbers do not interfere with randomness and all possible outcomes are equally probable. Now, it is possible that mechanical machines can have some differentially weighted balls and so all outcomes are not equally probable. An infamous example involved the Pennsylvania lottery scam in which insiders managed to substitute some of the balls for heavier balls (Togyer, 1999). Today, most lotteries adopt procedures in which they verify the weight of mechanical balls prior to and after a draw. In the rest of the article we focus on repeat numbers generated from electronic draw machines which are generally less transparent than mechanical draw machines.

Should we question the validity of an electronic lottery draw if the winning numbers are repeated within a couple of days or weeks?

The industry has seen cases in which the draw numbers were repeated because of hardware or software problems, including in Arizona, Delaware, and Kansas (Hall, 2015; Marsh, 2017).  Hence, the coincidence of repeat lottery outcomes needs to be viewed with more care when it comes to electronic drawing machines.

The problems in electronic draw machines are not confined to repeating lottery outcomes. Even if the numbers are not repeated, hardware or software problems could result in the draw results becoming non-random, such that not all draw results are possible or have the same chance to occur. This is important because for a game to be fair all draw outcomes must be possible and must occur with the same probability.

The concern to have fair outcomes has led to the practice of certifying electronic draw machines – testing Random Number Generating systems and the data they generate to make sure that the outcomes display random properties. However, certification only guarantees that electronic draw machines generate random numbers when they are functioning properly and when there is no interference, say from an intruder. Pre-and post-testing were introduced to check that the hardware works properly during the draw. However, it is possible that both the pre-and post-testing produce results that “look random” without actually being random. One example is that the results could come from a limited range of generated numbers, which could be a result of a system configuration error (e.g. exclude 0s or not allow for repeat digits). It is also possible that non-random results are caused by draw system hardware or software errors or occur because of an undetected draw system seeding device reset.

Since we cannot tell if the draw outcomes are random by observing them – by looking at them – we must always be aware that there could be a problem that is not visible.  We should always verify each draw to make sure the results were randomly generated, legitimate, and did not experience any draw system problems or fraud.

Besides testing and certification, a reliable verification method needs to be used to guarantee the integrity of the electronic draw.  More specifically, to prove the integrity of an electronic draw, a lottery needs to be able to guarantee (i) that there were no hardware or software errors and (ii) that there was no interference with the draw. To satisfy these requirements, the draw system must first fulfill some important design criteria, such as “only use a valid RNG seed and do not allow for the generation of outcomes from a corrupted seed or defective hardware”. Furthermore, the lottery must also be able to detect any intrusion to or manipulation of the draw system.

Szrek provides its Trusted Draw system which guarantees proof of integrity and provides full transparency into the draw. If the same numbers were authentically drawn twice, the system can prove their validity on an independent system and there is no doubt of the correctness of each individual outcome. On the other hand, if the outcomes were invalid due to a hardware problem, software problem, or insider fraud, the system will immediately detect the anomaly.  Our clients will not experience draw problems due to hardware/software glitches and will not have any undetected fraud. Our clients will be able to show all stakeholders that their RNG draws are correct and valid.

Inglis-Arkell, Esther (2014, February 4.) Why the exact same lottery numbers came up twice in one week. Gizmodo. Retrieved from 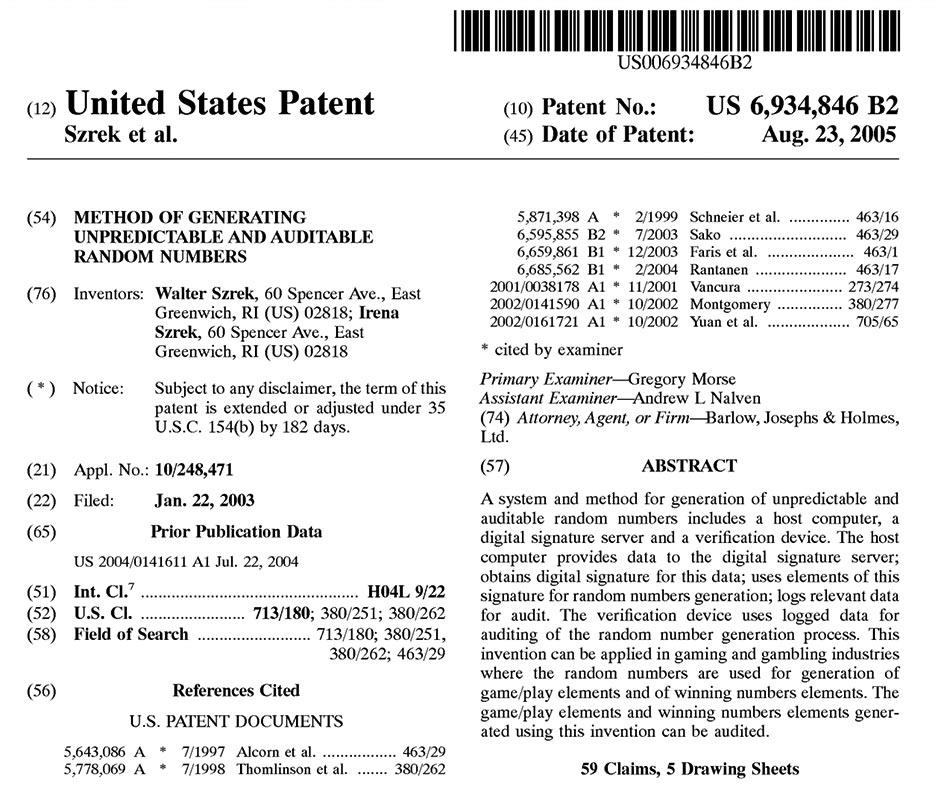